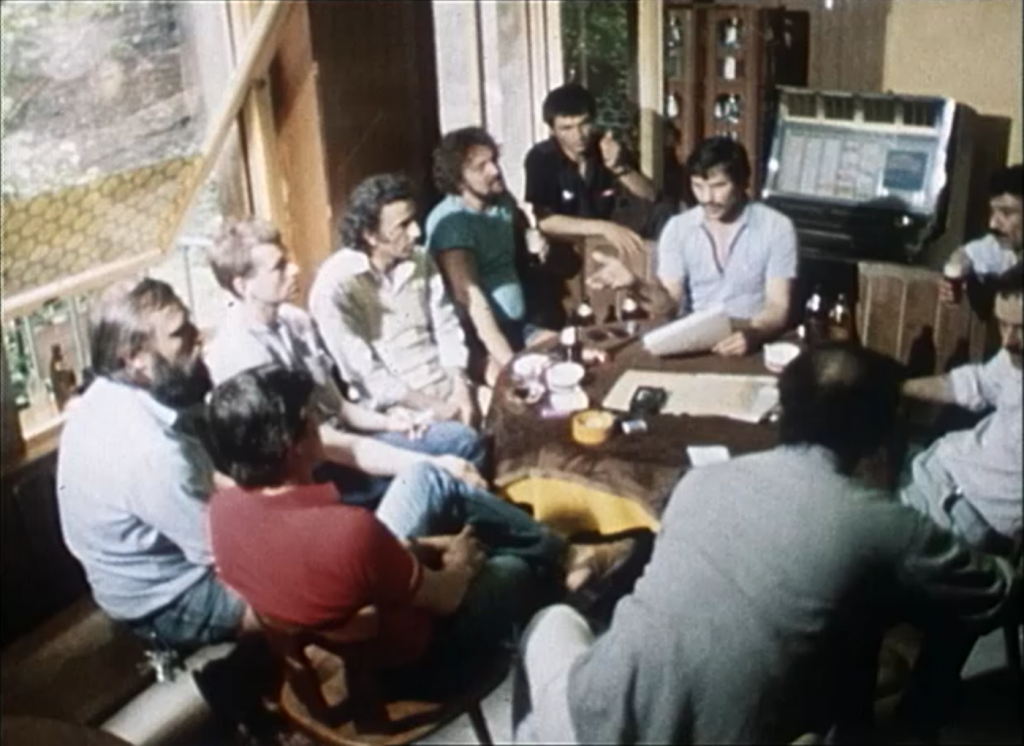 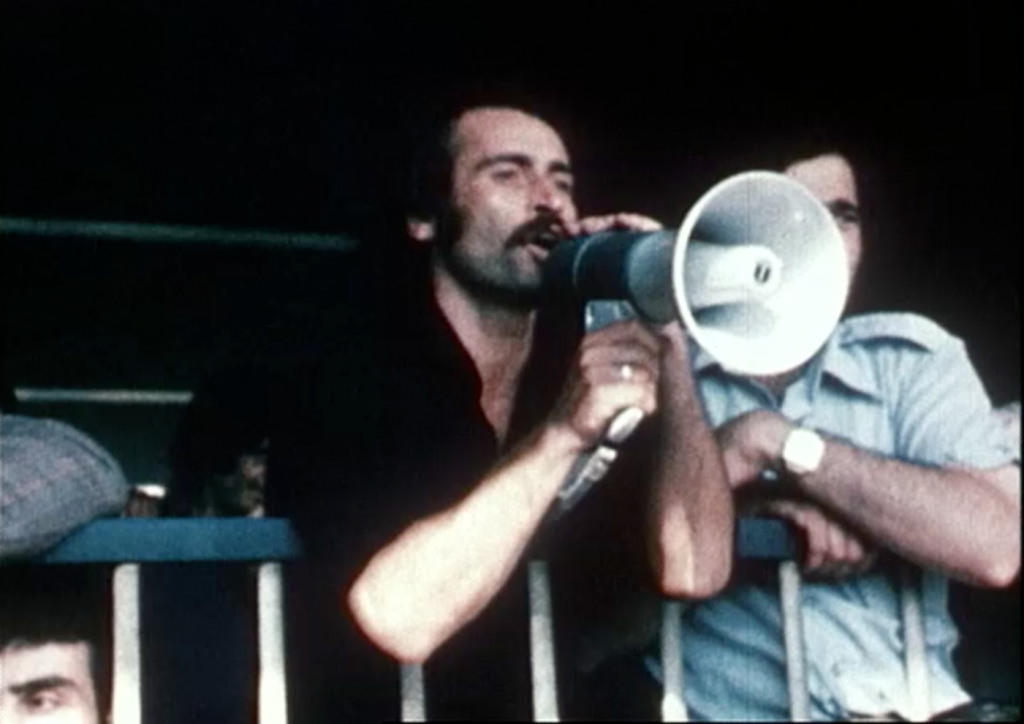 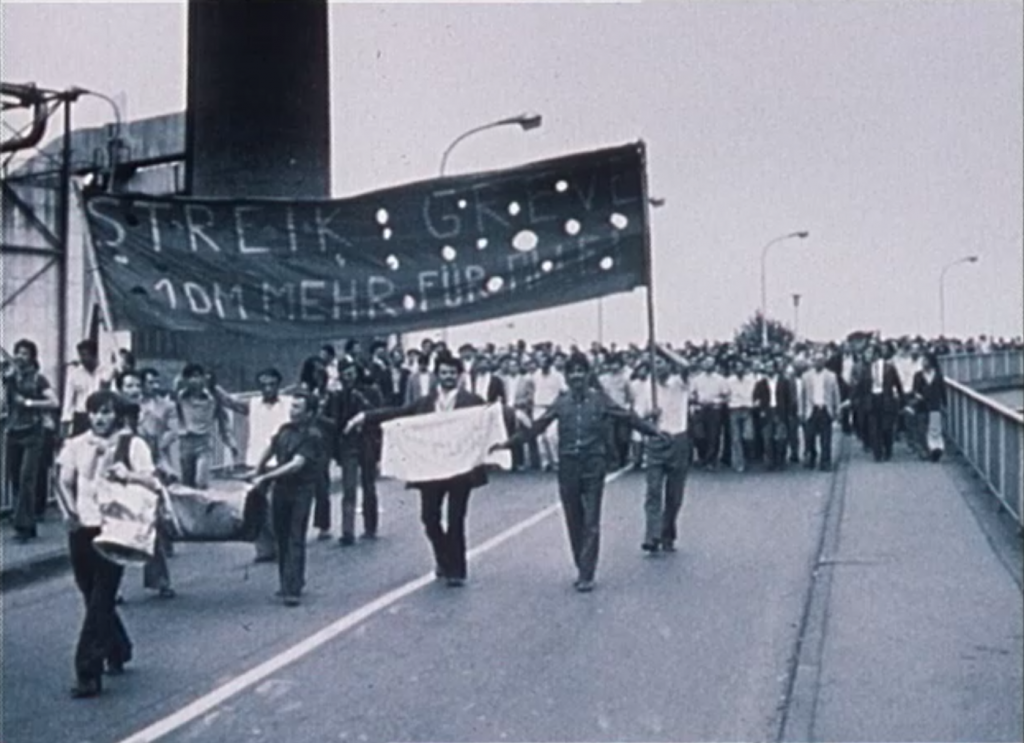 August 1973, Cologne-Niehl. Under the slogan “One Mark More!” Turkish workers defend themselves against unequal pay at the Ford plant and strike for better working conditions. An outstanding moment of migrant self-empowerment, an unprecedented labor struggle that was met with a lack of solidarity, a policy of division and racist agitation.

In reaction to the dismissal of 300 workers, the passing on of their work to the migrant workforce and the lack of support from the union in demanding wage increases, one of the best-known labor struggles in 1973 began at the Ford plant in Cologne-Niehl after a demonstration on August 24, 1973. Under the slogan “One Mark More!”, mainly Turkish workers campaigned for better working conditions for themselves and their migrant colleagues: “Reduction in line speeds, reduction in the pace of work, improvement in working conditions, six weeks’ vacation, one mark more for everyone, reinstatement of those laid off, payment for hours on strike” (cf. Bojadžijev: Die windige Internationale, p. 158).

Only about twenty Germans joined the “Turkish cause”, as the spontaneous work stoppage on the factory premises was called – probably because the German part of the workforce was largely unaffected by the precarious conditions. The “dirty work” was reserved for the so-called “guest workers”: “Because I am a Turk, I have to work like an animal and get the least,” is how one of the strikers described it.

There was little support from the union, which instead pursued a policy of division. The executive and a counter-demonstration of German colleagues (“We want to work!”) met the peaceful strikers with violence and overpowered them, and Ford management responded with dismissals. Baha Targün, spokesman of the strike committee, was expelled to Turkey (cf. Kızılay: Migration and Labor Struggles). The Bild newspaper’s commentary on the uprising also reveals a worldview shaped by racist resentment: “Gastarbeiter comes from guest. A guest who behaves badly should be shown the door.”

Almost 10 years after the events, the WDR directorial team attempted a first reappraisal of this significant chapter of migrant activism in Germany, alternating archival footage with interviews of German and Turkish activists and contemporary witnesses. The film is rare and even more rarely seen testimony to migrant labor struggles, breaking with conventional narratives and representations of migrant workers. Such ruptures, however, have hardly penetrated collective perception or been taken as the occasion for new narratives:

“One reason for this is the collective amnesia under which the long history of migrant struggles in Germany lies buried.  Perhaps the best known of these unknown struggles was the so-called Turkish strike at the Ford factories in Cologne-Niehl in August 1973, but it too has since been all but forgotten: The search for historical reappraisal in scientific literature yields little success; a call to the historical archives of Ford-Werke Cologne reveals that the daily press of the time has been collected, but no internal company files have been evaluated; nothing can be found in the staff newspapers from that time.” (kanak-attak.de)

Inncontro – International Film Festival of Diversity sees itself as a discursive contribution to a discrimination-free, equal coexistence in the present and the future. The decision to open the festival with a historical film is intended to open up themes and representations of migration in its development. How does our view, our perception, our use of images and language change, which narratives and representations accompany our thinking? And which contexts or events do not find their way into the collective memory?