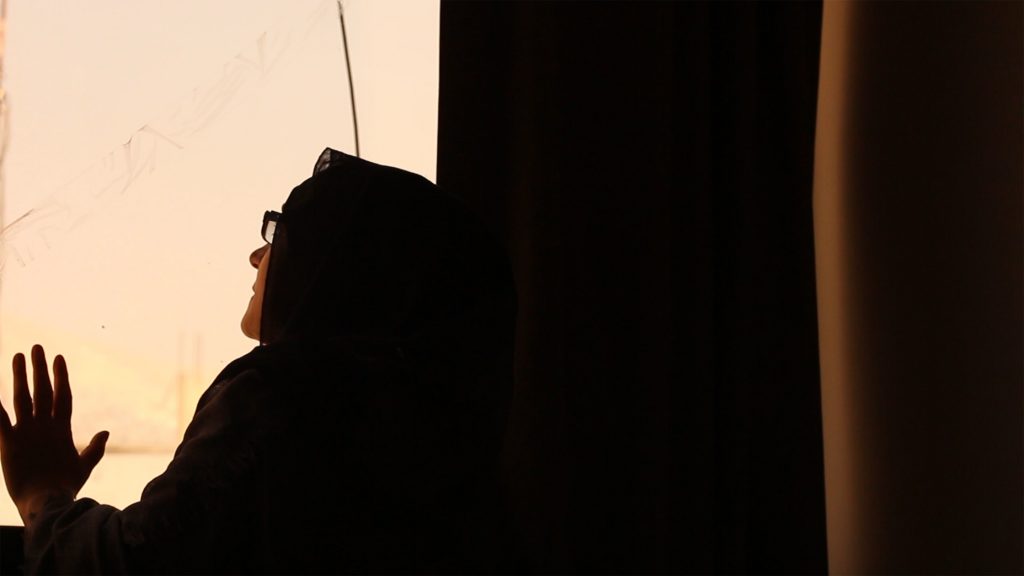 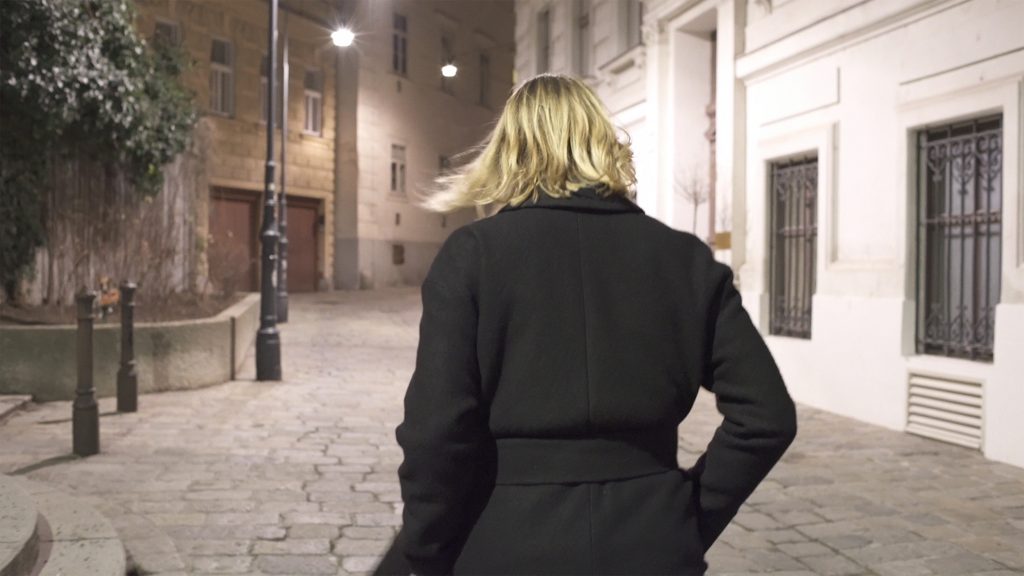 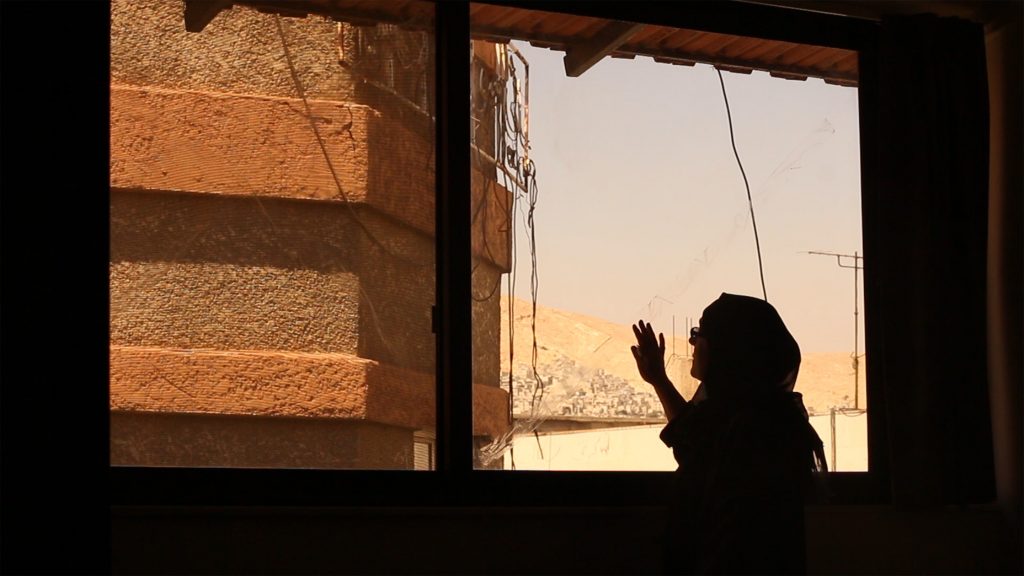 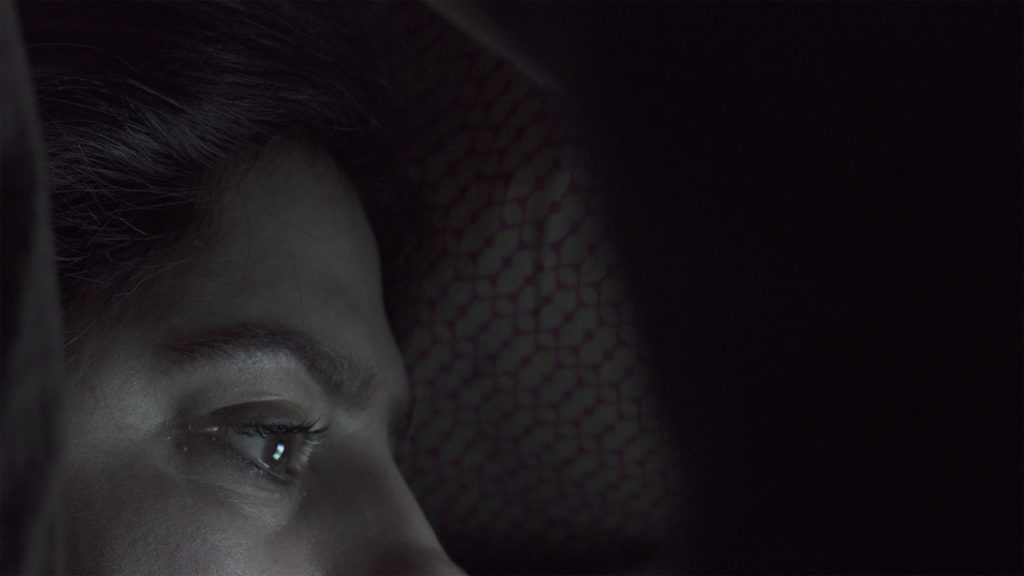 Three cities, three women*, linked by the traumatic experience of the war in Syria. While one is stuck in bombed-out Damascus and mourning for her son, another does not let go of the tormenting memories even in the Nordic distance. In addition, a Syrian woman who has just arrived in Vienna is trying to gain a foothold in her new home. Moments of chaos, for each of them.

Chaos by Sara Fattahi shows three Syrian women in three different cities, connected by the common experience of war. A mother in Damascus, deprived of her son, suffocates her pain in silent resignation and finds support by visiting the empty children’s room every day. On the other hand, a woman* in Sweden affected by a bipolar disorder puts her dreams on paper in collages and drawings. While these two are shown from the front, with sometimes striking close-ups of their faces, in Vienna, the director’s adopted home, another woman* roams the streets of the city – the camera pointed at the back of her head, we usually only see her from behind. Just as anonymous: her flat, unfurnished, empty, except for a few belongings. In contrast to the other two women*, the spectators* do not find out about her fate. If the face and the eyes are windows to the soul, then these remain closed.

Anger, grief, loss, despair, forlornness, mental illness, suicidal thoughts – Sara Fattahi’s film does not address easy topics. In her films she takes up the challenge of making the unfilmed – the complex inner life of the characters – visible (cf. Fattahi in Hering 2018). “I don’t have the courage to commit suicide. But I do have the courage to carry it through another way, which is through oversleeping. I’m absent all the time,” confides a protagonist to her. And to express this blurred and dazed state, this inner “chaos”, the filmmaker uses, among other things, the leitmotivically repeated symbol of the window pane through which the women* look from the inside into the grey outside, underlining the impression of separation, both spatially and mentally.

“The film begins from the particular and moves to the general, from the personal to questions of universal humanity. It resembles a biography that has been fragmented, its narrative following my memory rather than an attempt at reconstruction. It is an attempt to translate the truth of human terror faced with the thought of death, and the final opportunity to debate with catastrophe. It is a work of research into the specificities of isolation and the deep loneliness in the midst of a world receding slowly to oblivion, across the repeated shocks that the three characters face, and the attempt to bridge that other abyss of consciousness through an in-depth study of the particularities of the human interior.”

*1983 in Damascus, studied law at the University of Damascus and graduated from the Fine Arts Institute in Damascus Storyboard artist and animator for various TV stations such as Al Jazeera Kids and SpaceToon, between 2003 and 2008 art director of soap operas. Since 2010 independent filmmaker and film producer. Films: 27 Meters (2013), Coma (2015; Regard Neuf Award at Visions du Réel; FIPRESCI Award at the Viennale; presence at various festivals, including MoMA’s Doc fortnight 2016, Berlinale’s Critics’ Week 2016, São Paulo 2016)