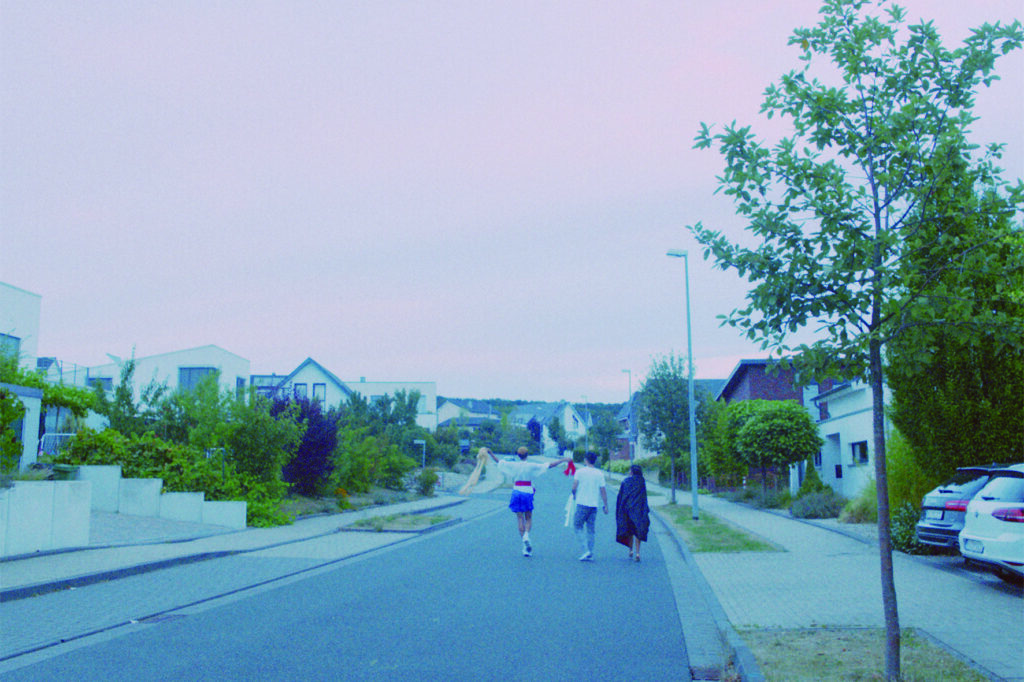 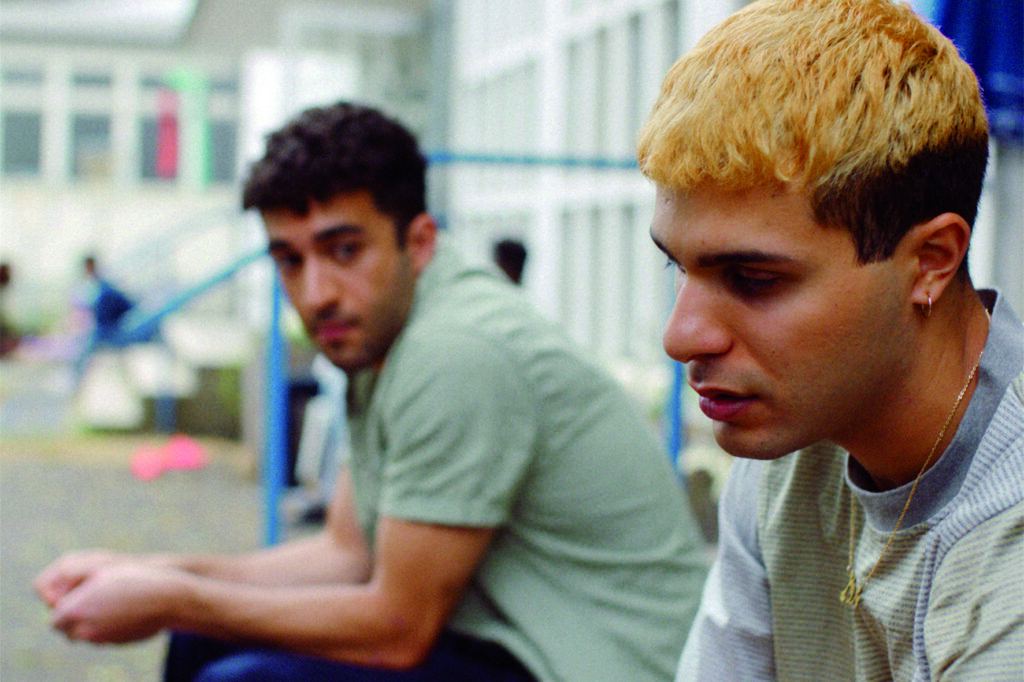 “We are the future,” chant the protagonists in Faraz Shariat’s autobiographical feature film debut Futur 3. In the small German town of Hildesheim, two generations and their respective references to (their former homeland) Iran meet: the parents, who have worked hard to make a life for themselves in Germany and still don’t really feel at home after 30 years, and their child Parvis, who was born and raised in Germany, who, as a queer millennial, enjoys his parents’ prosperity and explores his own identity references through his acquaintance with an Iranian sibling who has just fled to Germany.

Parvis only becomes aware of his privileges as a German citizen when, after being sentenced to community service in a refugee shelter for shoplifting, he meets and befriends Amon and Bana. Alongside moments of carefree, youthful partying, Parvis experiences their structural lack of freedom, the uncertainty of their stay and their fears for the future. While Parvis notes to himself, “I think I am many things,” Amon reminds him that others are not granted this luxury: “How good it is that you don’t have to decide.” For Bana, her own future – if that tense existed – is a future 3, a future tense of the (long ago) past, because Germany forces her to “always experience everything twice: As the one I could have been, and the one I am today.”

“”Futur Drei” draws its power from all the dazzling, witty and intense encounters within communities of PoC in Germany as well as from the discriminatory absence and/or misrepresentation and underrepresentation of the same in almost all German films I have encountered so far. Almost daily I am asked by white German people where I come from, how long I have been here. In my opinion, one reason for this is the attitude of many German visual productions and their access to our stories. Because: our stories and those of our parents are told as migration. But between formulations like integration comedy and family drama, they are reduced again and again: to punchlines of multicultural reconciliation or romantic depictions of a threatened homeland. As self-determined, activist popcorn cinema, “Futur Drei” wants to offer a resolute as well as polyphonic opposition to this and create an offer for fair and honest German cinema.” (Faraz Shariat, own translation)

*1994. German film director and screenwriter, studied scenic arts at the University of Hildesheim, post-migrant experiences are central to his work. Futur 3 is his first feature film.