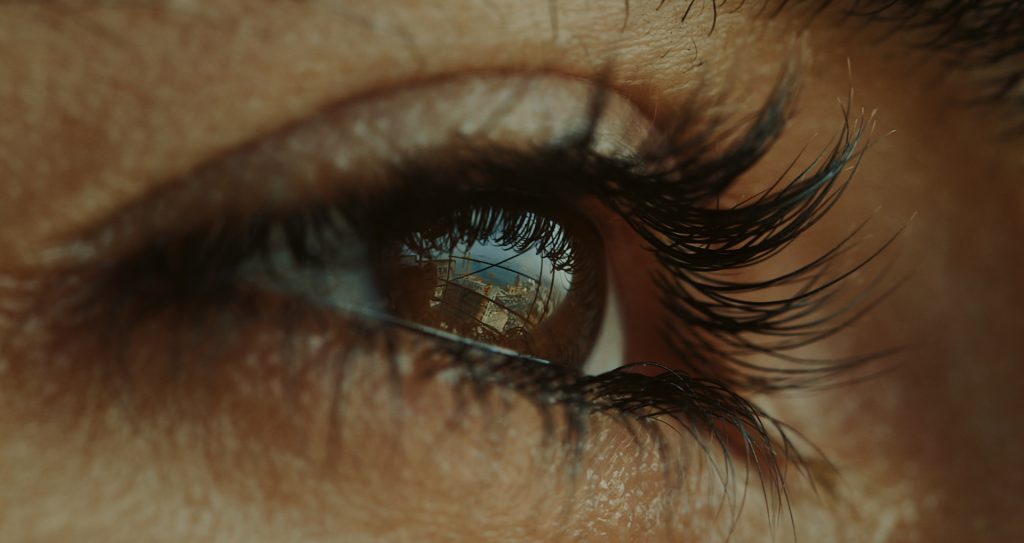 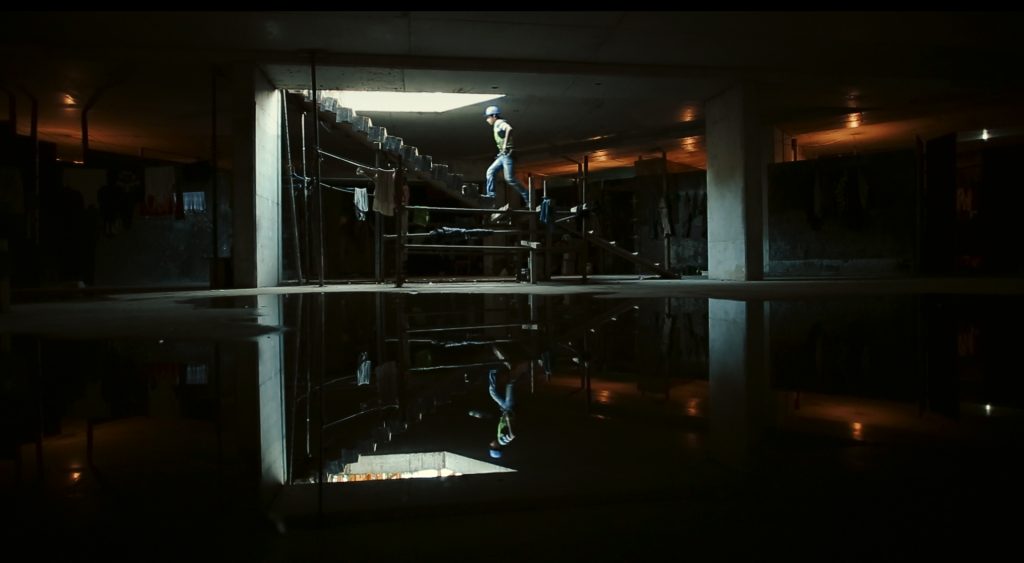 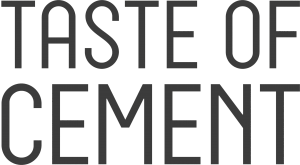 The civil war in Syria is causing people to flee to neighbouring countries. In “Taste of Cement”, Ziad Kalthoum shows in aesthetic pictures the everyday work of the “workers in exile” who were hired as construction workers in Lebanon on major construction sites – and who are, amidst cement, reminded of the traumatic experiences of their bombed hometowns.

“Dedicated to all workers in exile.” That’s how the credits of Syrian filmmaker Ziad Kalthoum’s film start.  In a way, the film is therefore also dedicated to himself: After being recruited by the Asad-regime in 2010, Kalthoum deserts from military service and lives hidden in Damascus for eight months before fleeing to neighbouring Lebanon at the beginning of 2013. His two documentary films have been marked by this escape experience: while The Immortal Sergeant consists of video footage secretly filmed during his military service, in his second work Taste of Cement he films the working conditions of Syrian construction workers in Lebanon.

While their home towns are being destroyed by the civil war, Syrian construction workers are simultaneously building a high-rise construction in Lebanon’s capital Beirut. Due to a curfew for the workers, they are not allowed to leave the construction site at night and so they live, cook and sleep in the basement of the building.

The war in Syria, which they are following through the media, is not letting them go – especially in this environment.

Kalthoum did not receive permission to film until he convinced the site manager of his admiration for the building and pretended to want to document its development. However, interviews with the construction workers were strictly forbidden, as was filming their housing in the basement. When it came to light that the film team was resisting these rules, they were expelled from the construction site and threatened. The film director then fled to Berlin, where he received political asylum. This background may explain Kalthoum’s efforts to translate the imposed silence – “setting the tone” over long stretches of the film – with the help of aesthetic means: Be it from a worm’s eye view that visualizes the status of the workers, contrasting camera angles that reveal the contrast between lived reality and imaginary spaces of longing, or extreme close-ups, images mirrored in the iris of the eye that make the workers “inner images” visible. It was precisely through this brilliant aesthetic design of the oppressive, sometimes shocking shots that Taste of Cement was enthusiastically celebrated by film critics.

Ziad Kalthoum was born in 1981 in Homs, Syria. He studied film and subsequently worked as an assistant director for several films, series and television programmes. In 2011 his first short documentary Aydil (Oh, my Heart) about a group of Kurdish women who prefer to live in a society without men was released. His first long documentary Al-Rakib Al-Khaled (The Immortal Sergeant, 2012), which won an award at the BBC Arabic Festival in London in 2015, gives an autobiographical insight into his everyday life during the imposed military service, that he completed in the mornings in the barracks , while working as an assistant director at the theatre in the afternoon. He deserted from military service and fled to Lebanon, where he shot Taste of Cement, until he was forced to flee to Germany. Taste of Cement was awarded Best Feature Film at its premiere in Switzerland at the Visions du Réel Festival – just one of many other awards.